So, until today the privacy I had in my car was through two baby-on-board window blinds. Not anymore! I’ve stepped up in the world, bought two tension rods and ran them from front to back. Some cute kitchen window blinds and I’m good to go. Maybe I can sleep in past sun rise, but the real treat will be knowing that prying eyes will come up empty.
From the Desk of Ash Nichols No comments:
Email ThisBlogThis!Share to TwitterShare to FacebookShare to Pinterest

The End of My Weekend 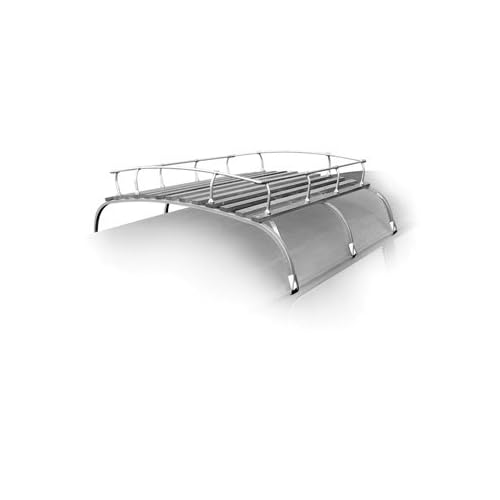 Day three. Sunday. I piled on my extra blankets last night and curled up in a ball. I’m not sure why I was so cold but I wasn’t conscious enough to adjust my position or check the window. A muffin and a coffee for breakfast and back to working on essays today. I was thinking about breaking up the monotony by going to see a movie at the local cinema but this is a trap I always fall into. I don’t have a house to clean or cloths to sort, so I spend money on entertainment, which become just as expensive as an apartment if I let it.
Something I do need to look into is some sort of roof rack or storage. My car is just not big enough to house my closes and school books comfortably.
From the Desk of Ash Nichols No comments:
Email ThisBlogThis!Share to TwitterShare to FacebookShare to Pinterest

My father once said that it would be better to travel across Mexico on the back of a donkey than on an airplane in first class. He said that was the only way to really see a place, in third class.
Parents are parents, no matter how old we get, and as much as they talk about seeing the world in third class safety will always come first. I have to admit, I thought that, if anyone would be supportive of my voluntary homelessness, it would be my father. Instead he was less than thrilled.
Today I got the car started (a nice dry day) and headed back to my apartment to pack up. My parents sent me a check for $175 to get the starter coil on my car fixed. I don't think they quit understand the concept of throwing good money after bad. I ripped up the check and said thanks but no thanks.
French bread and cheese for lunch. I found a door propped open on campus and have been doing homework on this beautiful Saturday
From the Desk of Ash Nichols No comments:
Email ThisBlogThis!Share to TwitterShare to FacebookShare to Pinterest

This marks day one of back seat car living. I, normally, go to sleep when it gets dark, so I was in bed by about 8:30pm last night. I used the grocery store bathroom, made my futon mattress up, and tried not to be too conspicuous while I wiggled into the back seat. I’ll post pictures at some point, but remember that my back seat folds down so I’m sleeping half in the trunk and half in the back of the car. I curled up in my comforter and, despite the bright parking lot lights, fell asleep quickly. I remembered to crack the window there would be no tell tale condensation on the windows.
This is a problem that comes up often: I move a lot in my sleep. There were two reasons why you really can’t do that in a car
So I woke up a few times to shift but I’ll get use to that. I was surprisingly warm, though there was frost on the car this morning, and didn’t end up using the three extra blankets I packed. This morning I rolled out of my car feeling fairly refreshed. Still in my jeans from the day before, I headed into the grocery for a cup of coffee and a box of pop tarts, through some clothes in a bag, and headed for the bus stop across the street.
No matter how old you are, you’re always ten years old to your parents. My mother called at 7:30, maybe five minutes after I woke up, to see if I was ok. Let’s just say she isn’t thrilled about my grand plan and would rather I get a job and settle down to something like a life. My father is a bit more supportive, but not much, and I find myself saying “I’m almost 30” to them a lot.
Tomorrow I will be looking into post office boxes and a more permanent (and less illegal) parking space.
From the Desk of Ash Nichols No comments:
Email ThisBlogThis!Share to TwitterShare to FacebookShare to Pinterest

I’m 27.
Not long ago, last winter in fact, I had this quarter-life crisis. To tell you the truth, it was more of an annual crisis that always falls right around the time of my birthday. For my 24th I spent the night on my back in the middle of the living room floor, with a cigarette in one hand and a bottle of Jack Daniels in the other, lamenting the pointlessness of human existence. I felt I was getting old and the ten year old inside my head, the one that still gives me grief, was berating me for being in that apartment, In that desk job. I was supposed to be Indiana Jones! I was supposed to be traveling the world having adventures and living on the edge! Instead I was a college dropout working a string of dead end middle management positions and wondering where the last decade had gone.
There’s some stuff in between; family, a roommate, a break up, a farm and, eventually, a choice. I could stay the course or I could make a sharp U-turn. Bob Dylan said “when you aint got nothing you aint got nothing to loose” and I found that the freedom that gave me was awesome. I had gone to college when I was seventeen and dropped out a few years later. I couldn’t reconcile my plans with the money I was spending on a gamble that life could be better with the paper. Now I knew what I wanted and I took the next step. I applied to college the day after my 26th birthday, still hung over but feeling optimistic.
What do you know; they let me in! Not just in but on full scholarship, presumably tired of my dragging their society down. It was like I’d jumped the track and ended up on all terrain tires, everything was going great. I got a little apartment 30 minutes from campus. It was cheap and clean and I studied hard enough to get on honor roll. Another band, the Greatful Dead, said “when life looks like easy street there’s danger at your door”. Uncle Jerry was a wise man and it hit within a few weeks. My little red jetta, the love of my last seven years, hit 189,000 miles and all hell broke loose. First the clutch cable snapped, then the ball joint, then the muffler fell off and I had to replace a bearing. The will was there but, at the ripe old age of fifteen, she was shaking herself apart. Then the final straw: The starter coil. It rained and for two days I couldn’t get her to cough. Finally she was towed, diagnosed, bandaged up, and I sat with her wondering what the hell I was going to do. School was too far to bike, there was no bus service, I didn’t know anyone near me… The decision was practically made for me.
Today, Thursday April 7, 2011, in order to avoid missing class, work, and all that comes with it, I moved into my car. She is parked, quite happily in the sun, with a futon mattress in the back. She may run again but not for long so I won’t push her.  I have a summer and one more year of college before I can park her for good and move on but, until then, she’s my makeshift camper.
My name is Ash.
From the Desk of Ash Nichols 5 comments:
Email ThisBlogThis!Share to TwitterShare to FacebookShare to Pinterest
Newer Posts Home
Subscribe to: Posts (Atom)