"It's only those who do nothing that make no mistakes, I suppose."
-Joseph Conrad 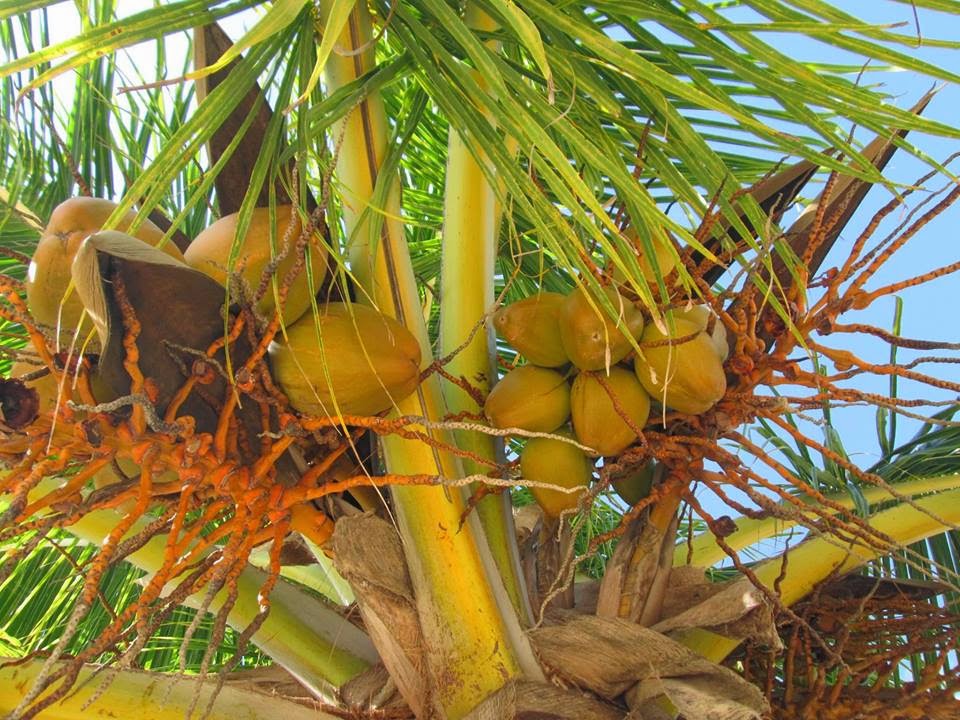 Today I'm taking a little break from reminiscing about my hitchhiking adventure. I've been trying to get it all down on "paper", rereading my journal and sorting out the handwriting, much of which was written in either the dark or the rain. Having shipped my laptop to New Hampshire from Seattle, I find myself less able to make time for typing on the office computer here. And where is here?

Back in June, not long after arriving in Alaska, I recognized that my summer was going to be wet and would not include a beach, so I emailed a hostel in Puerto Rico and asked if they would be interested in a work exchange. They agreed and I bought the plane ticket. Now I live in one of the most beautiful and interesting places I've been to yet. I live on an island off the East Coast called Vieques, a small community on the edge of the Caribbean where there is very little to do but relax. I swim almost every day in water that is warm in the 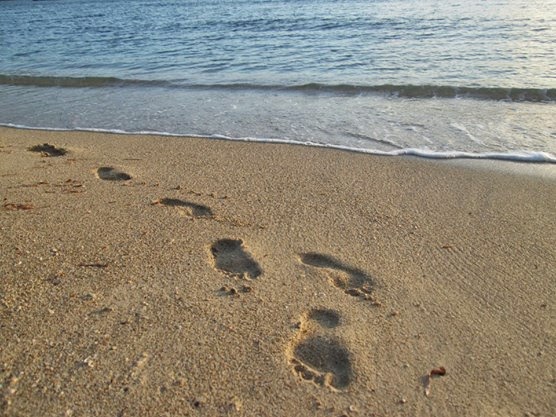 morning and cool in the afternoon, appearing to change according to the temperature of the air. There are wild horses that wander down the road, palm trees that look like any tropical fruit juice advertisement, and bars that serve as the gathering place for every social event simply because they are the only show in town.

I got here on November 20th, nearly a month ago, and am loving it. I work 28 hours a week for my bed and three meals a day plus discounted drinks, and the other 12 hours I choose to take on get me some cash. No, it's not a good long term position, but it will get me through the next few months far from the clutches of winter, which seems to have ventured much farther south then it belongs.
From the Desk of Ash Nichols 3 comments:
Email ThisBlogThis!Share to TwitterShare to FacebookShare to Pinterest

Day #4 and #5: Beveryly Beach to Newport

It didn't rain much during the night, but it was enough to reveal the flaw in my bivy. Somehow, over many years of love, it had ceased to be waterproof and when I touched the sides (which is bound to happen in something resembling a long green coffin) the water would seep in.

So that was the end of the bivy, it went straight into the garbage with what little fanfare we could muster. The Karmatic trade off to the death of the bivy was the discovery of forgotten lentils in a bear box. Someone had, whether intentionally to save weight or out of absentmindedness, abandoned a 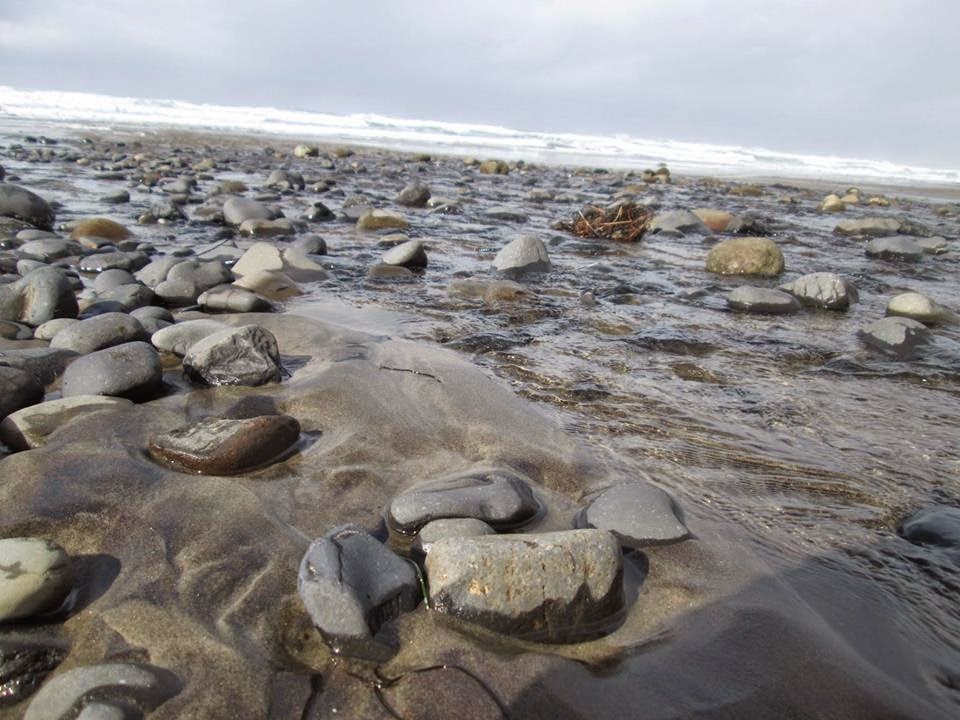 two pound bag of green lentils and an equally large bag of lentil and pasta soup mix. As we sat under the beautiful old bridge drying my sleeping bag and eating truly healthfully for maybe the first time in our trip we were really happy to be wandering. Before calling the bus for a pickup we walked to the Devil's Punch Bowl and Otter Rock, two beautiful scenic spots only slightly sullied by our discovery of a dead seal on the beach, which Emy nearly stepped on as she chased the perfect photo.

The Lincoln County bus came into view a little after noon to take us the final leg to my initial destination of Newport Oregon. I'd lived there for a summer maybe ten years earlier and, as we do with most past experiences, I had exaggerated the highlights until only the very best of the town remained and my was actually homesick for a place I hadn't called home in nearly a decade. It was a town of small shops and friendly beer drinkers permeated by the smells of seafood and the sounds of barking seals. I'd forgotten, of course, about the business district, a two mile long strip of car dealerships, Burger Kings, and Laundromats. We walked the length of that blazing hot commercial parade, weighed down by packs and feet hurting, all the way to Walmart and Fred Myer, neither of which had a viable tent option. We did, however, find something else and his name was Wes. 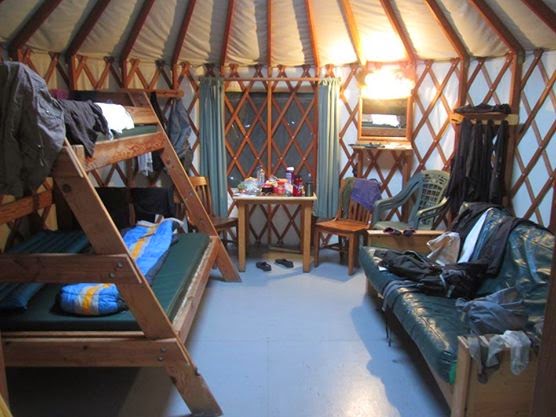 Wes is a gentleman who captures what it means to live on the west coast. He was a traveler, by foot, car, and thumb, recently settled down to the semi profitable growing profession and about as giving as anyone who has every needed something and been taken mercy on. He not only offered me an old tent that was wedged in the back of his truck, but he also let us ride in said truck all the way to the South Beach State Park where he and his friend set the tent up and offered us a beer. In exchange we took them out to the Rouge Brewery for some of the best IPA I've had in a very long time. That night both Emy and I slept dry and exhausted.

After a dry night sleep my task became ordering a tent and luckily REI had the perfect solution, but, even with next day shipping I'd have to find a place to sleep for two nights.

That's when we discovered the Yurts.

I'm not sure why but Oregon state parks love yurts (probably because they're awesome!) and the South Beach State Park had lots of these circular dwelling for about $40/night. We booked one first thing in the morning and were blown away by such conveniences as a heater, couch, and skylight as well as board games and coffee at the main office. Needless to say we immediately emptied all of our gear out, including shoes, and set them close enough to the heater that, had they not been so wet, we probably could have burnt the yurt down.

I walked the few miles to town, revisiting the old haunts, while Emy rented her battered feet and walked around the park, falling in love with the Newport Bridge and grasslands.


From the Desk of Ash Nichols No comments:
Email ThisBlogThis!Share to TwitterShare to FacebookShare to Pinterest
Older Posts Home
Subscribe to: Posts (Atom)