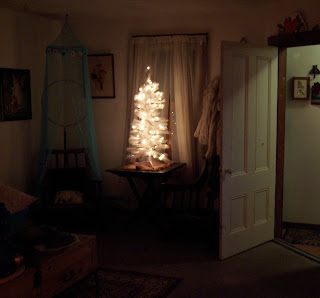 The tree is up, which means Christmas is officially on it's way. I'm not going to lie, I'd be very happy if the whole things passed us by this year. I hate the shopping (ok, I enjoy the shopping but hate the spending). But it can't be helped so I may as well deal with it.

The worst part is that no one needs anything. You reach a point that you either have everything you need or the things you need are so specific that you wouldn't want anyone else picking them out for you. Now I'm trying to shop for people who also don't need anything. The biggest time constraint is my sister who, as you may remember, lives in Montana. Every year I play Santa and send out her stocking. Now that she's living in a van she really doesn't have room for anything so I'm running out of ideas. Maybe a AAA membership.

From the Desk of Ash Nichols 5 comments:
Email ThisBlogThis!Share to TwitterShare to FacebookShare to Pinterest

On Foot & in Style

We're fast approaching the end of November (crazy, right?) and that means I've been living in town and walking to work for a month. I'm car-less, but in a city where I can catch the bus or walk to the store. As far as bills I guess that I've traded one expense for another. I pay rent, but not gas or car repairs. I miss the freedom of my car, being able to go where I want when I want, but I'm making due with my smaller world.

A side effect of my limited mobility is that there is really only one grocery store I can shop at regularly and right now Thanksgiving leftovers are on super sale. I'm broke, so I've been eating a lot of acorn squash and trying to figure out a good pumpkin recipe.

On a somewhat unrelated note, I've developed an earring fetish that threatens to become my main disposable income expense. I got my ears pierced when I was a kid, but really never wore earrings, except to weddings and funerals and the like. Then I became a classroom teacher and found that few things entertain young children like jewelry. Jingly jewelry! Oh well, I'm an imperfect person.
From the Desk of Ash Nichols 1 comment:
Email ThisBlogThis!Share to TwitterShare to FacebookShare to Pinterest 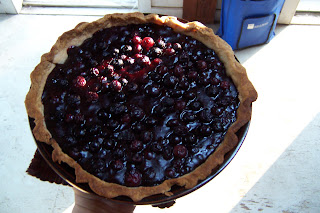 I just took my two pumpkin and a single (somewhat experimental) blueberry  pie out of the oven, and I didn't catch them on fire!

Hope all you out there in the world are having a good Thanksgiving this year. I know we're not all with family or friends today but ,wherever you are, I hope you're safe and happy.
From the Desk of Ash Nichols No comments:
Email ThisBlogThis!Share to TwitterShare to FacebookShare to Pinterest 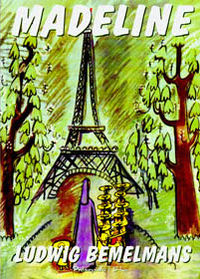 Last night I went on a shopping spree at my local library and, among other things, I picked up a copy of Mad About Madeline (the complete Madeline collection) by Ludwig Bemelmans. I always loved these books and hoped they would give the kids some idea (through the pictures, of course) of what Paris looks like.

Would you believe that some idiot used a pen to scratch out words that they (presumably) felt were controversial or inappropriate? "Among other words guillotine" was replaced with "mean machine" and "molest" with "bother". Who in their right mind would deface Madeline?
From the Desk of Ash Nichols 3 comments:
Email ThisBlogThis!Share to TwitterShare to FacebookShare to Pinterest

Every good painter paints what he is.
-Jackson Pollock 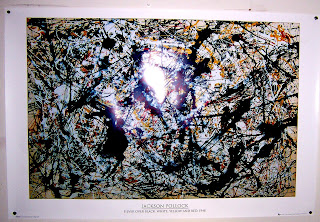 I think I've mentioned that I'm teaching the kids geography through art; Russia through Kandinsky, the Neatherlands through Avercamp, etc. So far their favorite artist is Jackson Pollock, so I ordered this poster and it arrived today! Each Friday in my class is "Free Friday", where the kids get to write the schedule and decide what activities we're going to do and this last Friday they voted to play with the Lego castle and "make abstract art." My kids are the best! 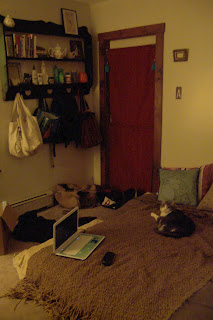 In other news, I've been sick all week. It's that lingering cold that you get from hugging nine sick children every day. Bla. Oh! And my roommate's cat had fleas. Yeah, go figure. We've been combing, frontlining, and washing everything in sight in hopes of curbing the little buggers.


From the Desk of Ash Nichols No comments:
Email ThisBlogThis!Share to TwitterShare to FacebookShare to Pinterest

I may have mentioned this before, so tune me out if you've heard the story.

My mother felt that there were certain books that every educated person had to read and, because I home schooled for much of elementary school, I began her reading list at an early age. In all fairness it was in part that I was home schooled and in part because I was raised in a home where you read a book instead of watching TV and by the time I was seven it was getting hard to find challenging novels. 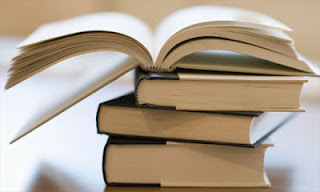 Anyway, I began this reading list of culturally significant literature early and had finished Beowulf, Tom Sawyer and Treasure Island (to name a few) by the time I was eleven. These books expanded my understanding of the world, challenged my perceptions, stretched my imagination, and encouraged my use of new vocabulary. They shaped the person I became and never once did my mother deny me a book based on content, trusting that whatever my age I would absorb something useful.

This memory was resurrected because I'm right now sitting in the children's section at my new local library looking for art books. I'd found a pile, way more then I could check out, and claimed a small table to sort through them, when I overheard a woman sitting a few tables away. She's at the library with what I assume are her three children; a young boy of about 3, a girl in a school uniform that looks 11, and a boy that could pass for anything from 10 to 12. The woman was loudly reprimanding her daughter for selecting a book which the mother felt was inappropriate, the tale of a young girl who needs to lie and steal to save her friends from a gang of kidnappers in what sounded like a very Harry Potter like world. I know the synopsis because the mother made her daughter read it aloud, interrupting her with reproachful remarks and ending the conversation with "I worry about you if you're alright reading a story about a girl who lies and steals."

I was a little taken aback. After all, is that story line so much worse than Kidnapped? Amazingly it didn't stop with that book either, one after the other both the older boy and girl brought books for their mother's critique and one by one they were shot down. Even the little boy was told not to look at a young children's book about monsters which (and I hope I'm wrong) sounded a lot like Where the Wild Things Are. Every book was in some way "obscene" or "grotesque", adjectives not often used in the children's section of a public library.

Protect your children, make sure they grow up in a safe environment, but let them explore! Don't deny them a book about pirates just because pirates can be scary or a book where someone dies just because death is frightening. Above everything else, don't make them feel ashamed of the things that interest them.

From the Desk of Ash Nichols 5 comments:
Email ThisBlogThis!Share to TwitterShare to FacebookShare to Pinterest

“Women usually love what they buy,
yet hate two-thirds of what is in their closets.”
― Mignon McLaughlin


I am a nester at heart.

I think I mentioned this way back when I moved into the Jetta; if given unlimited money and space I would probably be either a severe shopaholic or some kind of hoarder, but either way my house would be over run with stuff I don't need.

Because this is the largest place I've lived since March of 2011 I have found myself spreading out over the past few days. Those three boxes and two duffle bags shown in the last post held all my clothes, one cooking pot, one bowl, one fork... You get the idea. My room was pretty sparse and if I'm going to be living here for the next few months I wanted to aim for homey. With that in mind I went shopping. 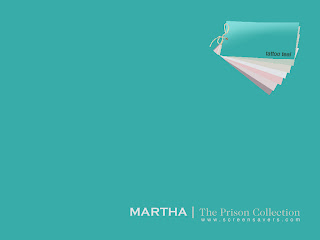 Yesterday was my little sister's birthday. She turned 27 years old (which makes me feel old) and she and Dad went up north to window shop for ski gear. Sara had picked me up Friday night and made me stay with the folks for her birthday, but because I have no use for heavy winter stuff I took Mum on an outing. She got to see my new place and we attacked Salvation Army where I found some lamps and, best of all, a mattress for $6.99. I know, I was a little sketched out too, but they said it was practically wrapped when they got it so I'm taking a chance. For about $50 I pretty much decked out my room so, when it comes time to leave, I won't feel bad leaving it all behind me. The last thing I need to get is a bucket of paint. which makes my cheap and crappy items into something usable and cute. I'm thinking white and teal...
From the Desk of Ash Nichols 1 comment:
Email ThisBlogThis!Share to TwitterShare to FacebookShare to Pinterest

The little sister picked me up from work at about 5:30pm. First we went to Salvation Army to buy a desk she had seen earlier in the day, then to Wal-Mart for a money order, and finally to my new apartment where it took all of ten minutes to move everything (including the new desk) into my cozy little ground floor room (I've never lived on the ground floor before and am use to hiking up multiple flights when moving in and out of apartments). I am, admittedly, not the best judge of character, but my roommate seems very nice and even on the safe side of quirky.

I've already set my alarm for 7am, which is two hours later than normal (5am) and still gives me 45 minutes to get ready before heading out the door. There were two pennies dropped in my room by, I assume, the last roommate. One was heads up and one was heads down, which confuses my closeted superstitious tendencies. Good night new apartment. Welcome home me (again).
From the Desk of Ash Nichols 5 comments:
Email ThisBlogThis!Share to TwitterShare to FacebookShare to Pinterest
Newer Posts Older Posts Home
Subscribe to: Posts (Atom)