"If more of us valued food and cheer and song above hoarded gold,
it would be a merrier world"
-J. R.R. Tolkin

Today I reached the two week mark. Had I been a normal employee I would have given my two weeks notice today, but instead I gave it four weeks ago which created all kinds of hullabaloo. But oh well, the closer I get to the flight date the antsier I've become. 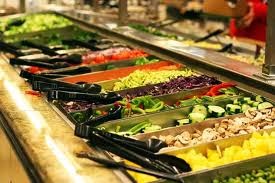 So here's a serious concern of mine which may seem a little vain especially in our transient world where we tend to be grateful for whatever we get. I loved living in the Jetta, but when it came down to eating it was hard to be healthy without a kitchen or place to store veggies. I tried to eat well with salad bars and lots of chick peas, but more often then not I'd pick up some french bread and cheese so by the time I graduated and moved back to New Hampshire I weighed a little over 250lbs. Now I've never been a small girl but that was the heaviest I've been so taking that off became a priority. The result of my post-vehicle resolution was that I've lost about 60lbs in the past nineteen months, which is roughly equivalent to a nine year old boy.

I started by eating only salads and exercising a lot, which helped me lose some but it really sucked, so (after giving up for a few months) I went Paleo. I really liked Paleo if only because it got me thinking about what healthy really means, but after about five months I went almost vegan. So 60lbs later I feel much better however I'm heading off again and wondering how on earth I'll keep healthy when I am once more faced with no kitchen. My saving grace is that I'll be in the relative heat of the south where no cook food and veggies are appropriate meals as opposed to the northeast in the winter where not only can you barely buy a vegetable (besides potatoes and onions) but all you want to eat is hot food.

I figure that if what I eat is my biggest concern about the move then I'm not doing too badly. I wish I was leaving tomorrow though. I'm ready!
From the Desk of Ash Nichols 2 comments:
Email ThisBlogThis!Share to TwitterShare to FacebookShare to Pinterest
Newer Posts Older Posts Home
Subscribe to: Posts (Atom)